Varanasi, the ‘City of Light’ also known as Kashi, Banaras or Benares, is considered to be one of the oldest inhabited cities in the world and has always intrigued me due to it being one of the holiest cities and a really sacred spiritual place for Hindus. 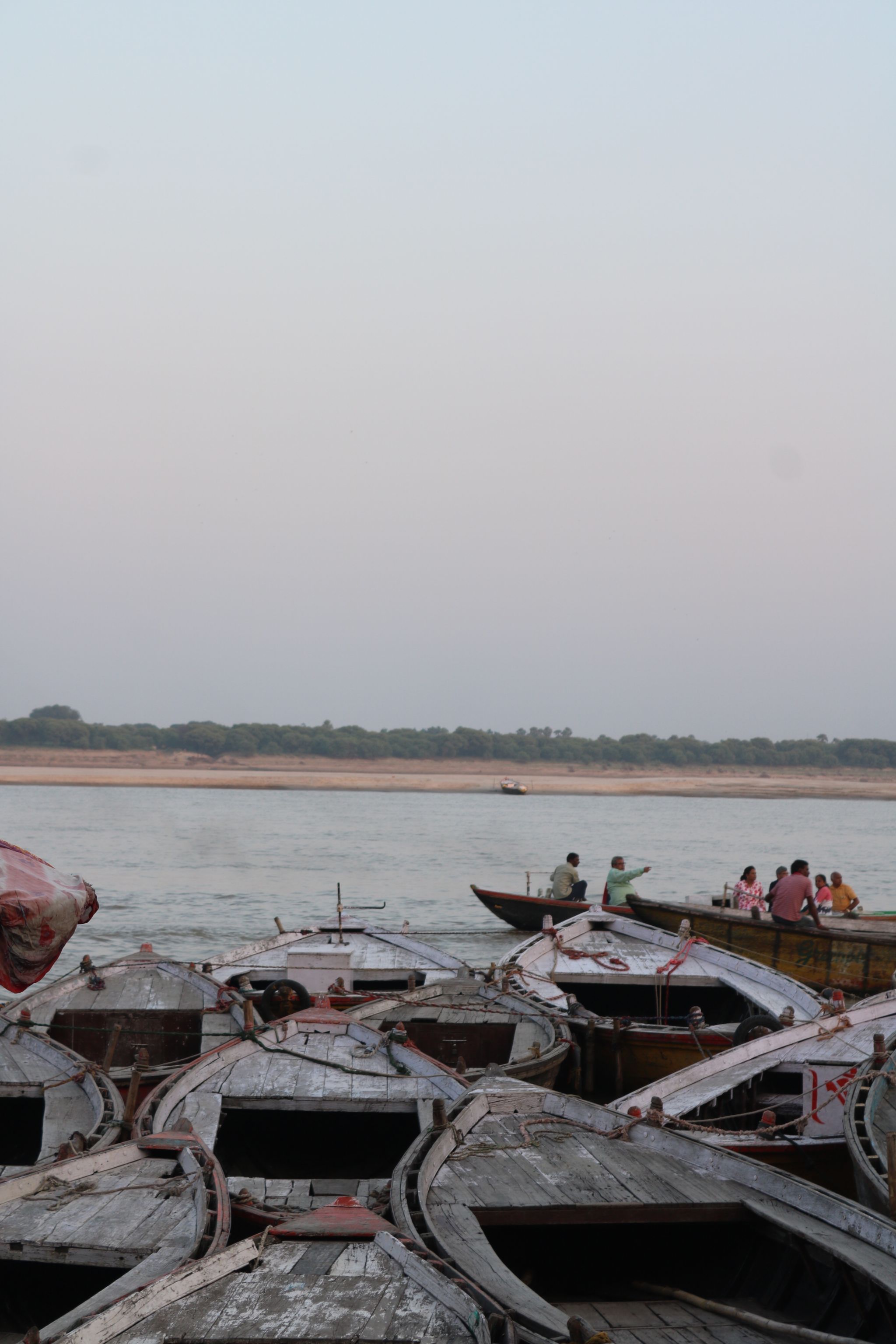 Dedicated to Lord Shiva, there are lots of temples found near the ghats of the river, and it is here that hundreds of thousands of pilgrims flock. It is also really important for Buddhists as Buddha gave his first sermon and established Buddhism in the year 528 BC at a place called Sarnath, just outside Varanasi.

I have watched documentaries and read books about Varanasi but nothing prepares you for when you are actually there. I visited as part of my trip to India with Somak Holidays, and walking through the city, down its narrow alleyways, is like a glimpse into a city of contrasts. On one side you will find huge buildings and the other a depiction of a bygone era.
All roads lead to the ghats of the River Ganges and it is here where you will see lots of different Hindu rituals being carried out depending on which ghat you are at, ranging from holy bathing in the River Ganges, considered to purify the soul, babies having their hair removed in a ceremony by the river, to bodies being cremated in large fires at Manikarnika Ghat, the main burning ghat, which is considered to be the most auspicious place for a Hindu to be cremated. In Varanasi, both life and death are celebrated.

Varanasi is easily accessible and we flew in from Jaipur after experiencing the ‘Golden Triangle’ tour, in just over an hour and flew back to Delhi in around the same flight time, and so it is a must visit if you are planning a visit to India.
Here are my recommendations of what to do when in Varanasi.

Boat ride on the River Ganges

I highly recommend  taking a boat ride at either sunrise or sunset as it is a great way to observe life on the banks of the river at the various ghats from afar, as well as take in the full depth of the holy river.

We saw people bathing, and some even drinking water from the Ganges, as well as the live cremation ceremonies as we made our way down the river and back. Although a bit morbid it was fascinating to watch as here it is considered to be the most auspicious place to do it.

We had decided to do the sunset boat ride and I really recommend this as you can also witness the evening Arti Ceremony conducted by Brahmins that is dedicated to Lord Shiva and the River Ganga from the boat and be immersed in the wonderful atmosphere all around.

It begins around 6 pm and is amazing to see as the whole ghat is lit up, glowing and twinkling from candles. There will be lots of burning incense, fire, motions, bell ringing, and loud music and the ambience is amazing, with thousands watching from the boats as well as the shore.

During and after the ceremony you can make an offering with Diyas, which are ghee-based candles, into the holy waters of the Ganges and watch them floating as they make the water glisten with their light.

Wander the streets of Varanasi

Stroll along the narrow atmospheric, chaotic ancient alleys of the city where you will find a whole host of guest houses, restaurants, street stalls, stores and all sorts of other businesses, as well as locals going about their daily lives.

You’ll also cross paths with lots of cows, as well as see all the various shrines and temples in the holy city. It is fascinating and you get a true essence of the city.

An alternate way to experience the streets of Varanasi is by taking a cycle rickshaw ride. It is a fun and bumpy experience and you get to observe the crowds and chaos whilst whizzing by. It is also a much quicker way to get around and escape the crowds of pilgrims and tourists en-route to the river ghats.

Whenever I used to go to Indian clothes shops to buy Saris, the vendors would always describe the silk Saris as being made of Benares silk or Varanasi silk. In our free time on the trip we visited one of the family owned Silk weaving centres, Mehta International Silk Centre. The Mehta family is one of the few Hindu families in the weaving business and their patterns mark a break from the Mughal-style Banarasi patterns.

It was truly fascinating to see the hand weavers at work with colourful silk threads and made me appreciate my silk Saris that much more as I saw the effort and passion involved. It is a skill that is passed on down by generations and it really saddens me that these craft men are facing stiff competition from other garment manufacturers who operate power looms in lieu of their handlooms, enabling mass production and quicker output. It is such a wonderful craft and a shame to see it literally hanging on a thread.

Until about a decade ago there were about 100,000 handlooms in Varanasi whereas now there are approximately 35,000. I personally prefer the handmade work as it is so much more special and unique but it does take a long time to make, depending on the design, and a piece could take anywhere from 15 days to over three months to make.

I do hope that the craft is preserved as it is a wonderful art and the Silk Saris made my master weavers on a handloom far supersede those on a power loom.

I visited Varanasi as part of an extension to the ‘Golden Triangle’ tour with Somak Holidays.

If you are inspired to to visit Incredible India after reading my experience, you can find out more about Somak’s ‘Golden Triangle’ Itinerary here:

Alternatively, they have an 11-night Classical India tour that takes you on a journey to see all the highlights of northern India, as featured in The Golden Triangle tour, as well as other fantastic destinations including Varanasi.

For more details on their itineraries or to discuss a bespoke itinerary, call Simply India Holidays by Somak on 0208 423 3000 or email india@somak.co.uk and they will be delighted to help you plan your trip to Incredible India.

Travelling by Plate when you can’t go home

Some historical nuggets about my first home, Mombasa

In search of Silver Linings – How to stay positive