There is a shiny new SUSHI SAMBA open at the Opera Terrace in Covent Garden, which is located at the top of the Grade II listed Market Building, with swoon worthy interiors and enviable views of buzzing Covent Garden piazza. It opened on 1 November and is striking, from the moment you walk up the whimsical staircase. 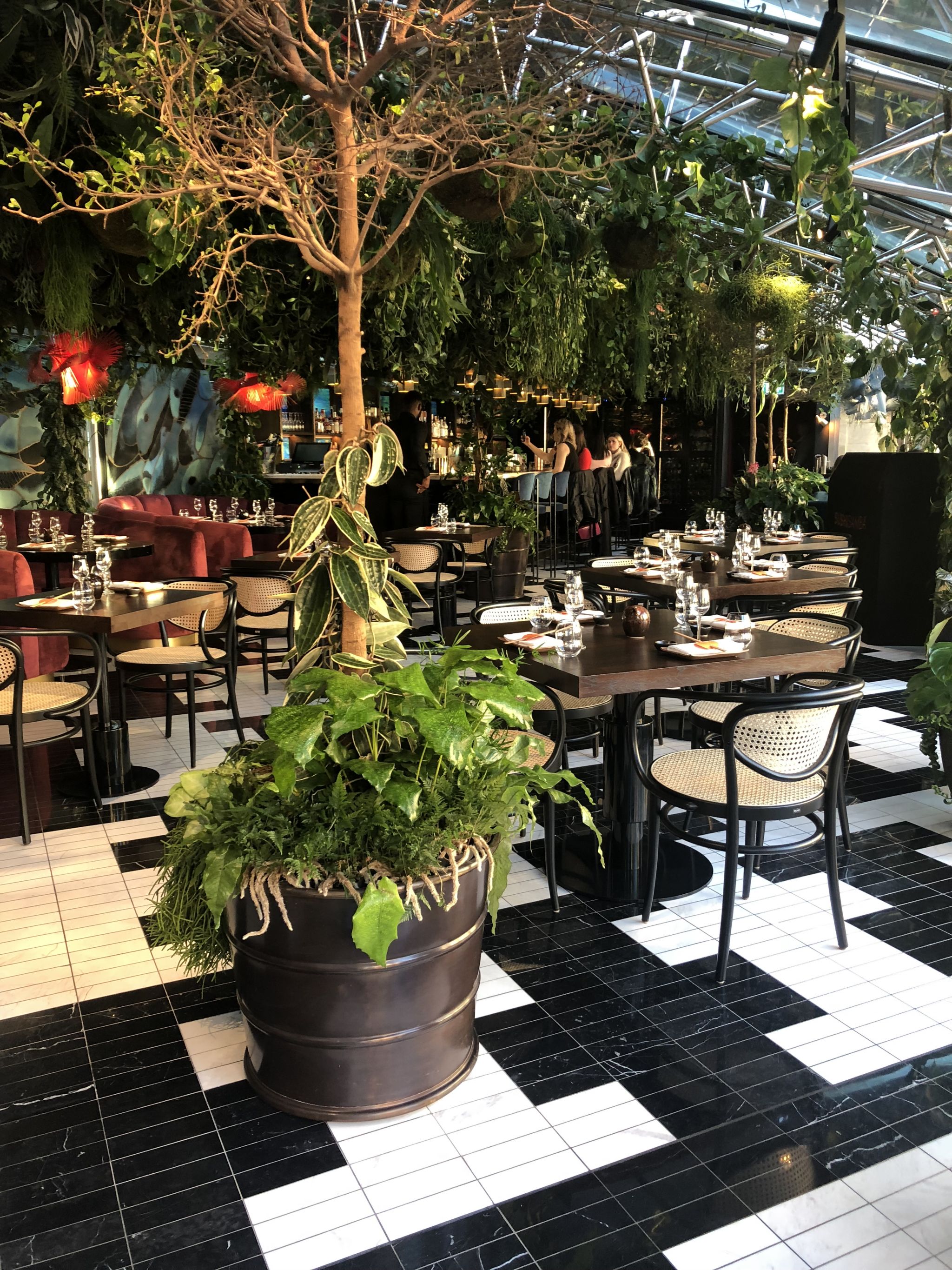 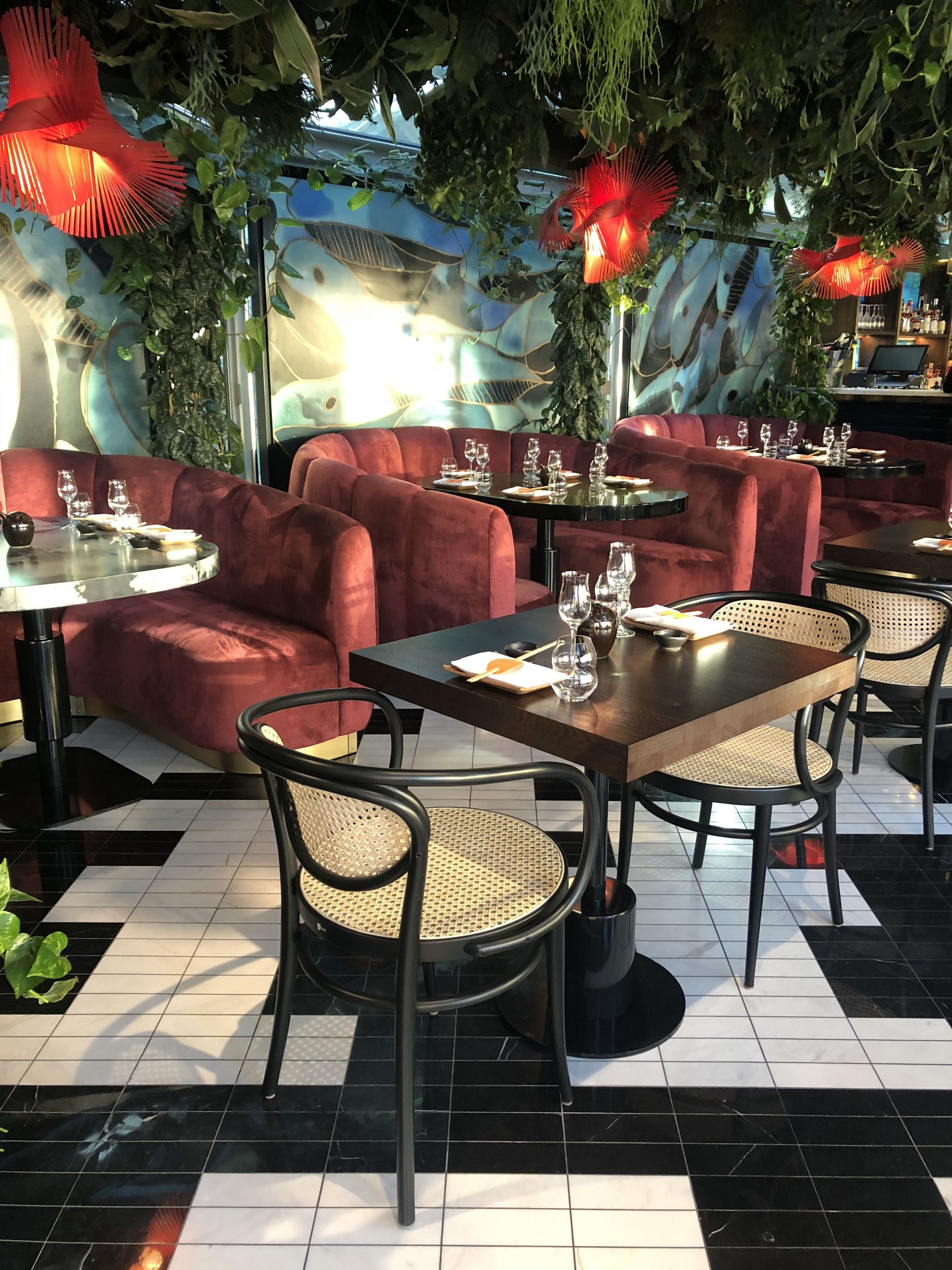 I was there for my birthday lunch and was super excited to try it as it had been a couple of years since I had eaten at the SUSHI SAMBA on Liverpool Street! The interiors all around were just awe-inspiring with a “live” ceiling installation garnished with South American and Japanese plants. I had a lovely table by the window and on a bright day it was just perfect, and you forget that you are in London, except for when you happen to glance at the piazza!

The cuisine at SUSHI SAMBA is a blend of Japanese, Peruvian and Brazilian flavours, and from where we were sitting we could see the open kitchen where the Japanese food was being prepared, which was a lovely touch.

The restaurant itself is bright, airy, spacious and has a lovely vibe, and definitely the perfect spot for celebrations or to catch up with friends, especially with its stunning bar! It has an 128 seat dining room, a sushi bar with 14 counter seats, a private dining room and a large terrace overlooking the Covent Garden Piazza, which I imagine in the summer months is going to be very popular!

For drinks, I tried one of their Signature Serves, a Samba Sour, which is a modern version of the Pisco Sour. In this version Pisco brandy and maraschino is shaken hard with yuzu, egg white and a turmeric infusion. What arrived was a colourful cocktail and one that I almost didn’t want to ruin the design of. When I finally did try it, I am happy to report that it was absolutely delicious!

What impresses me aboutSUSHI SAMBA’s menu is that there is so much amazing variety in flavours and ingredients. Alongside their regular menu they also offer a vegan menu and a gluten free menu.

The concept is sharing plates here and so we picked some dishes from the various sections of the menu and were advised that they would all arrive at different times, depending on whether they were being made in their three kitchens.

First to arrive from the small plates section was the Crispy Lobster Taquitos which were filled with lobster, avocado, aji amarillo, jalapeno, lime, maize and morado. These were wolfed down so quickly and we were in agreement after our meal that this was our favourite dish from all of them. This is my top recommendation! 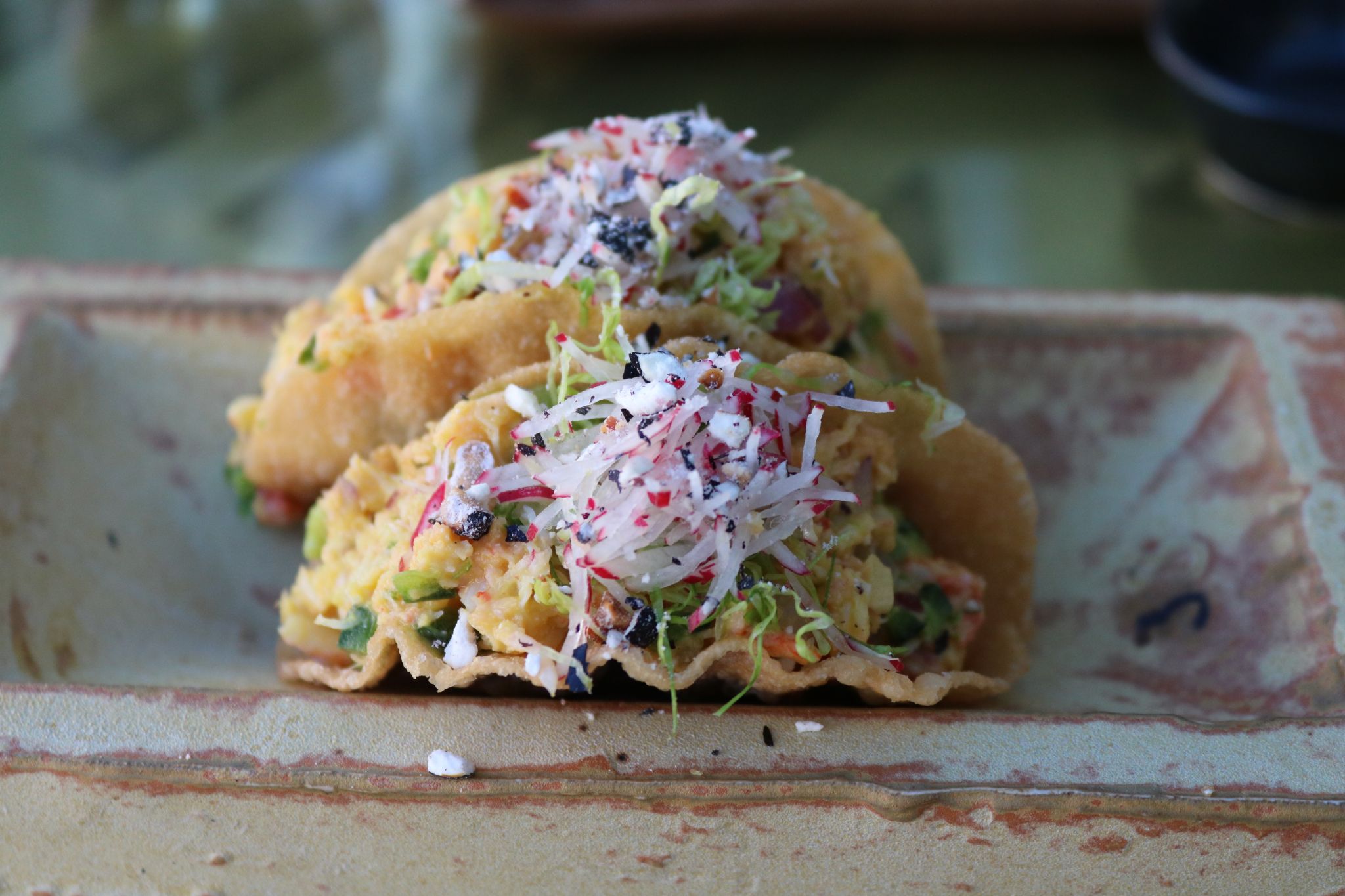 We enjoyed the citrusy and tangy Corn Seviche next, which was a real treat to the tastebuds with white cusco corn, dried white and mixed cancha and red onion and hints of mandarin. This is an unusual take on the famously Peruvian ceviche, made with corn sourced from the Asháninka people of Peru and zesty mandarin which grows in abundance in the Peruvian rainforest.

From the Robata section, we opted for Pork Belly and Butterscotch Miso ‘anticuchos,’ which are Peruvian skewers, which is a new dish for the Covent Garden branch.

These were absolutely succulent, flavoursome and satisfying, especially paired with the side of corn, which was absolutely sublime!

From the Samba Rolls section, we tried the Neo Tokyo rolls which were made with spicy tuna, tempura crunch, lotus root, aji panca and spicy mayo. As someone who doesn’t usually order tuna, these took me by surprise and I really enjoyed them and would definitely order these again!

Dessert is always something I really look forward to and when I read the description of the dessert “Welcome to the rainforest,” with Asháninka chocolate, Asháninka coffee, vanilla, pistachio, macadamia nut and sugar cane, I knew it was the one. I grew up in Kenya eating macadamia nuts and drinking sugar cane juice and so it had elements of nostalgia for me.

The ingredients of this dessert are also sourced from the Asháninka people in Peru, which empowers them  to stop further rainforest destruction at the hands of loggers, by encouraging them to farm crops to produce more food for their families and provide a stable revenue stream. The dessert symbolises the ground of the rainforest, and supports the Cool Earth charity, that SUSHI SAMBA has aided for a long time. 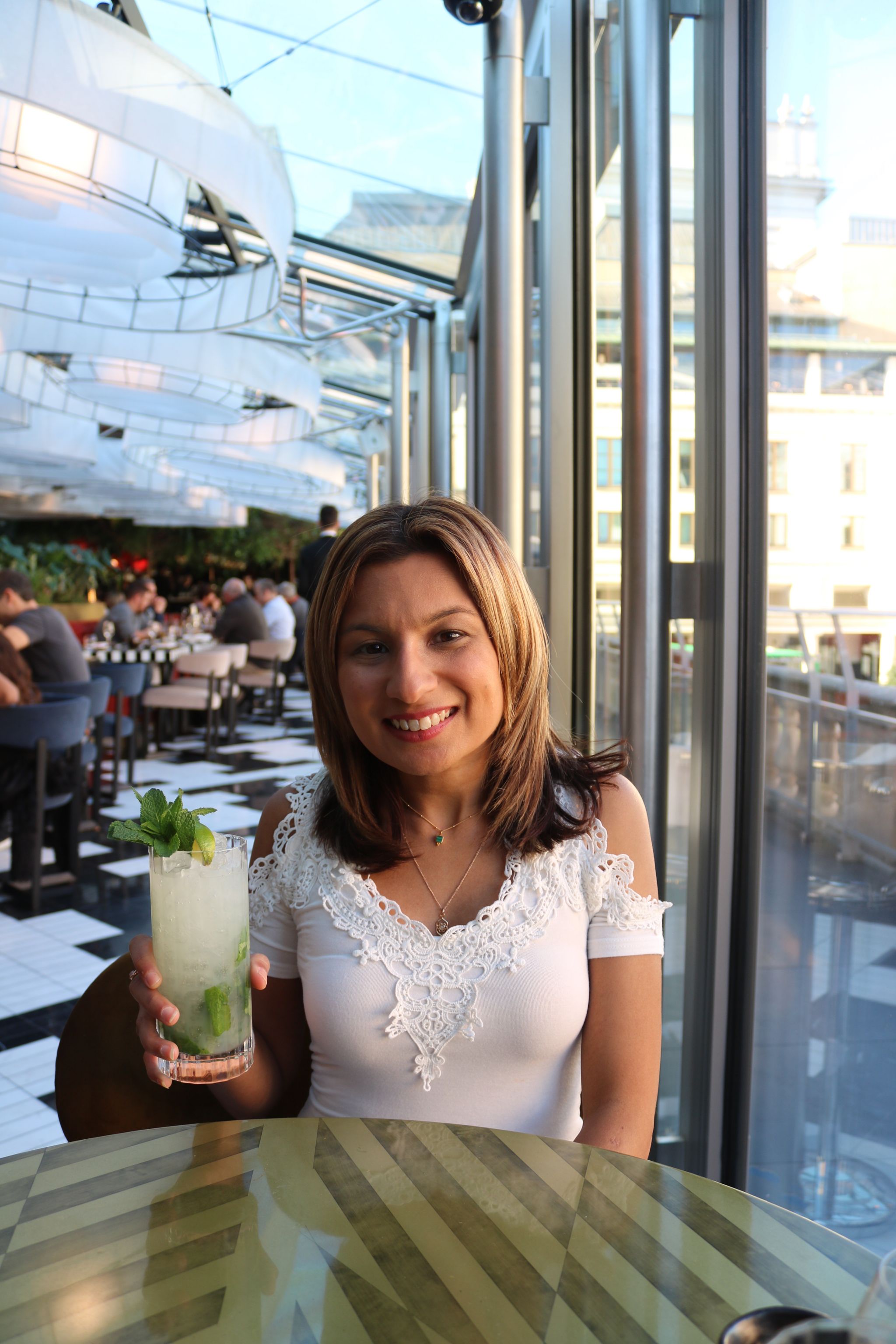 I ended my wonderful lunch with a Mojito and it was made so well so another big tick for SUSHI SAMBA Covent Garden!

I would love to return in the evening to experience the vibe as it is such a gorgeous space, as well as try more of the cocktails and dishes on the menu that all sound so incredible. If you are looking for a new venue to try or are a fan of SUSHI SAMBA already, the new Covent Garden branch is brilliant!

SUSHI SAMBA can be found on the edge of the market at 35 The Market, WC2E 8RF.

🌏Travel makes you realize no matter how much yo

Marlow is such a gorgeous location on the River Th

💭Be yourself. If people don’t like it keep be

AD ~ One of my dreamiest hotel stays has been in V

A dreamy Afternoon Tea indulgence in the comfort of my home

🌏Travel makes you realize no matter how much yo

Marlow is such a gorgeous location on the River Th

💭Be yourself. If people don’t like it keep be

AD ~ One of my dreamiest hotel stays has been in V