This month’s Travel Link up topic made me have a think about why it was that I was so addicted to travel. I thought back on all the travel I had done in my life and it all became really clear. It was all down to two things.

The first was my parents. From when I was a young age with a dodgy dress sense to match, they took my brother and I to Venice, Rome, Frankfurt, The Seychelles, Tanzania, India, London and a cruise on the Indian Ocean, where we explored Zanzibar.

We also explored lots of Kenya itself, going on multiple safaris, road trips, camping and beach holidays. With our limited budget, my parents always ensured we saw as much of the world that they could expose us to and I am forever grateful for that.

The second was when I became a British Citizen. I now proudly have dual citizenship, however when I had only the Kenyan passport (not to cause offence to anyone), the requirement to obtain a visa for most places deterred spontaneous plans, were sometimes too cumbersome to do and made the wanderlust a little tricky.

Since I’ve had my British passport, I have become a real wanderlust addict. I literally used every bank holiday when I started work travelling to European cities, as well as annual leave going on long haul trips. Not to mention all my earnings! I have no regrets though.

My first European city trip after I got my British passport was to Copenhagen with Amit, and it was fabulous. We literally booked it the day before and we had no plans for when we got there.

I literally googled everything before we got on the plane and when we arrived at the hotel. It was that element of being able to pack up and go which caused an adrenalin rush for me and it was dangerous as I knew I could do it again and again.

In terms of long term trips, our first and most special trip was to Antigua and Barbuda, where Amit proposed to me during a candle lit dinner on the beach, after a day spent exploring the island of Barbuda, with its gorgeous pink sand. He even had the sand bottled up for me which I still have.

Not only has that fuelled a love for the Caribbean and West Indies (we have since been to Barbados, St Lucia, St Kitts, Cuba and Mexico), it was a big influence on our honeymoon destination choice too. It was definitely the allure of rum (Mojitos), white sandy beaches and jerk chicken which were the top reasons why, as well as the lovely people. I still stand by my thought that the Caribbean side of the world is probably one of the safest in the world right now.

We had originally decided on Aruba for our honeymoon and it was all booked but due to a family bereavement we had to cancel our plans and decided to go to The Bahamas at the last minute, a few weeks later, which was really memorable and special. I would love to re-do our original honeymoon plan one day though.

Other long haul trips we have been on, aside from our annual or bi-annual trips home to Kenya, have included Egypt, New York, Kuala Lumpur, Langkawi, Dubai, Abu Dhabi, Mauritius and India.

I have travelled with friends too, and went to visit my childhood best friend Yatika in Canada, where we went to the Niagara Falls, as well as had tons of fun in Toronto together.

We also went to Miami and Orlando with another friend Radhika, which was also great fun, giggles and mischief, and we met Yatika’s cousin Anuja, who kindly hosted us in her gorgeous home in Miami.

With one of my work mate during my earlier years at HSBC, Arietta, we visited Marrakech and Las Vegas, both of which were full of adventure, shopping and lots of bubbles!

I also went on a weekend trip to Paris with my blogger bestie Aftab which was such an amazing weekend of exploring, indulging and luxury!

It is only in the past 3 years that I have been blogging about my travels and one of my biggest regrets is not starting the blog sooner and documenting my travels. Through the blog, I have had some wonderful unexpected opportunities to travel which have included a Ferry trip with Brittany Ferries to Saint Malo, a place I had previously visited when I was in school studying O’Level French, and which brought back waves of nostalgia.

I have also been on a Mediterranean cruise with P&O Cruises, which was absolutely wonderful and I made some amazing friends in Karen from the blog Lavender and Lovage, and Amanda from Glamorous Glutton, as well as had dinner cooked by my idol James Martin.

One of my highlights was when I went to Mexico City to attend the Latin America 50 Best Restaurant Awards which was a massive deal to me as it was the first time I was going on a longer than usual long haul trip solo to a place where I knew no one.

I made some fantastic friends, experienced so much, tried new things and more than anything it really boosted my own confidence as I can be an introvert sometimes and it also taught me how to be an independent traveller.

I have also started exploring more of the UK am absolutely loving seeing the English countryside, the beaches and all the wonderful and varied cities there are.

I am truly addicted to travel and always am constantly planning the next trip, sometimes even before I have returned from one I am on. I have a travel bucket list which is MASSIVE and I am constantly reading travel magazines, blogs and watching documentaries which make the wanderlusting worse.

I am so glad my parents planted the desire to explore and travel in my brain through taking me to several destinations as a child, and I am so grateful too for my British Passport for opening the doors to so much more travel for me. I am so glad that I am able to document my travels now through my blog and much like a black and white photo, I will have something to look back at in future years to re-live some of the memories.

My biggest nugget of advice would be travel, travel, travel as much as you can. See the world, learn new things, try new food, experience new adventures, meet new people and learn about other people’s cultures.

It teaches you more than education ever will and if you have kids take them on travels from a young age. Travel is a massive eye opener and my favourite quote is:

St Augustine — The world is a book, and those who don’t travel only read one page.

What is your travel story? What got you into the addictive world of travel blogging – did you have jet setting parents? Did you not travel at all when young? Was it a trip that gave you the wanderlust bug? Was it accidental? Come and join the ever-fantastic travel linkup. Just pop your post up over the first week of the month (the 1st – 7th July), add it to the link up widget – found on either Polly’s, Angie‘s, Emma’s or Aftab’s blogs – from the 1st of the month. As ever, there are no rules – all we ask is that you check out some of the other cool bloggers that are involved in that months travel link up; make a few comments here and there and tweet a few of the posts out to your followers that you think they will love. It’s always a great way to meet some new travel bloggers and share some blogging joy! 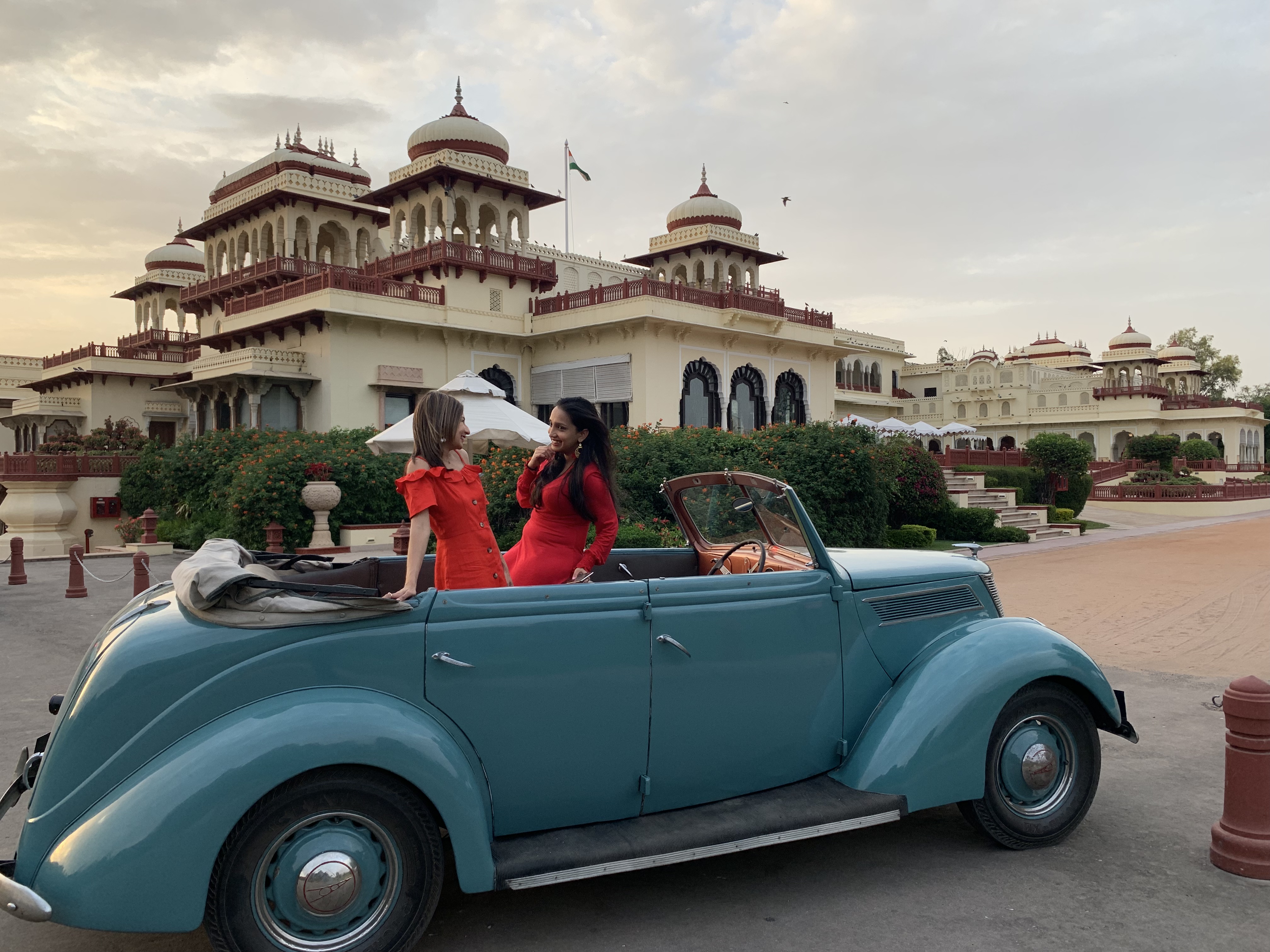